A private limited company, which is abbreviated to BV in Dutch, is considered the preferred legal form for a small or medium-size enterprise in Belgium. A BV is a legal entity with equity that is separate from the shareholders' private equity.  BV is the new short form for "besloten vennootschap", which was previously called BVBA. The shareholders of a BV have limited liability, i.e. they only commit to their contribution. In the event of bankruptcy, the creditors cannot appeal to the private assets of the shareholders, unless in exceptional cases.

Main characteristics of incorporating a Belgian BV:
- One shareholder is enough (which may be a company)
- No share capital required (however, the initial equity should      be sufficient for the normal execution of the intended
activities)
- Contribution in kind is allowed with an auditor's report
- Free choice of bank account within the European Economic      Area (= EU member states, Norway, Iceland, Liechtenstein)
- Liability of shareholders is limited to their investment
- Founders liability for 3 years after incorporation (in case of
bankruptcy due to insuffient initial equity)
- A financial plan is required
- Different types of shares are possible
- Shares can be made freely transferable
- Shares may have different voting rights
- Shares may have different rights to dividends
- Advantageous corporate tax regime

Why choosing Coventis for your BV?

Coventis is one of the foremost company formation experts in Belgium, offering you professional advice and assistance to register (incorporate) your company and provide guidance on the type of company that best suits your needs, assistance naming your company, ongoing company secretarial support, registered office services, and help setting up a business bank account.

As a specialist in setting up companies, Coventis takes care of your tailor-made BV, allowing  you to concentrate on developing your business !

Coventis is efficiently organized and sets up your BV in Belgium within the shortest time possible.
Everything is arranged for you at a fixed rate agreed in advance.

from our many satisfied customers

"You are the man who keeps promises and belongs to a dying breed. Top service delivered. Thanks again."

"It was a pleasure working with you, short response times, very professional, and an excellent knowledge of the related laws!"

"The founding process went very smoothly and exactly as I was told. There was nowhere a surprise or anything unexpected."

"In this way I would like to express my gratitude to you for the smooth and professional manner in which you supported us in setting up our BV. With your specific knowledge about forming the BV with foreign shareholders, you took many questions (and time loss) away from us. We will recommend Coventis to anyone who wants to start a business in Belgium."

"Nowhere else to be found. The professional, customer-focussed and above all personal approach of Coventis is exactly what you need as a starting and therefore uncertain entrepreneur. Always available and never a question too much. And all that for a price I couldn't do it myself. Hats off! Before my company was ready, I had already recommended Coventis to two friends."

"We received excellent support in the entire process of establishing our Belgian entity. They provide good advice, are very correct and accurate, customer-oriented and cost-efficient. We are ambassadors for Coventis!

"My company had to be set up quickly. Coventis has tackled this adequately and provided very good support. I am very satisfied with the course of the start-up and with Wim's aftercare. The greatest added value of doing business with Coventis is their never-ending positivity, reassurance and accessibility."

Step-by-step plan for setting up your BV

Drafting the memorandum
and articles of association

As a specialist in incorporating companies,
we draft the memorandum and articles of association tailored to your company and,
if desired, can also prepare the financial plan.  According to Belgian law, the deed
will have to be drafted in Dutch. If the
shareholders do not understand Dutch,
an official translation is required.

Opening a bank account,
transfer of the initial equity &
receipt of the bank certificate

With the draft of the memorandum and articles of association, you can open a bank account in the name of your company. After the shareholders have transferred their contribution into the account, the bank will issue a bank certificate that must be handed over to the notary. The bank account remains  temporarily frozen until your company is incorporated.

Execution of the
deed of incorporation

After the bank certificate is available,
we set up an appointment with the notary.
The notary can execute the deed based on
a Power of Attorney, so no actual presence
at the notary's office is needed.

Electronic filing & publication
of the deed of incorporation

The deed is immediately deposited electronically and an extract is published in the Belgian Official Gazette within 3 working days. Your BV obtains  legal personality with the company number from the day of the deposit.

Registration with the CBE
& activation of VAT-number

After publication of an extract of the deed of incorporation in the Belgian Official Gazette,
we apply for the registration of the company
with the Crossroads Bank for Enterprises (CBE), and the activation of the company number as VAT-number. If desired, we can also take care
of the mandatory affiliation of the company
and its directors with a social security fund,
and complete the UBO register (= register
of ultimate beneficial owners).

You will receive from us all founding documents, including an expedition of the authentic deed of incorporation, the share register, the extract from the Belgian Official Gazette, and the
extract of the registration with the CBE.

- Company name and if applicable trade names
- Description of the object (activities)
- Registered office address
- Identity and residential address of the
shareholders and directors
- Initial equity upon incorporation
- Planned contribution of the shareholders
and the distribution of the shares
- If different share types: voting rights and rights
to dividends per share type
- Email address for official communication with the
company and if available the website

Coventis guides you through the entire founding process. A first consultation without any obligation is always free of charge.
Coventis offers you a total package (one-stop shop) in which also notary fees, publication costs in the  Belgian Official Gazette, CBE registration rights, etc. are included.
This provides you with an average saving of € 600 compared to the service package offered by our  competitors.

(*) The notary fees included are calculated on an initial equity of up to € 18.600. If the initial equity is more than € 18.600, you must take additional deed costs into account.

FREE OF CHARGE:
- Formalities with regard to the affiliation of the director and
the company with a social security fund for the self-employed
- Registration of the ultimate beneficiaries in the UBO register

ADDITIONAL SERVICES FOR NON-RESIDENTS
(who are shareholders or directors of the BV):
- application of a bis-register number for non-residents:
€ 88,5 excl. BTW

Do you prefer no founder liability... ?

One or more shareholders who jointly own a maximum of 2/3rd of
the shares can be considered "ordinary subscribers" (= non-founders) provided that their contribution is made in cash, and the other shareholders, who are founders, hold at least 1/3rd of the shares. 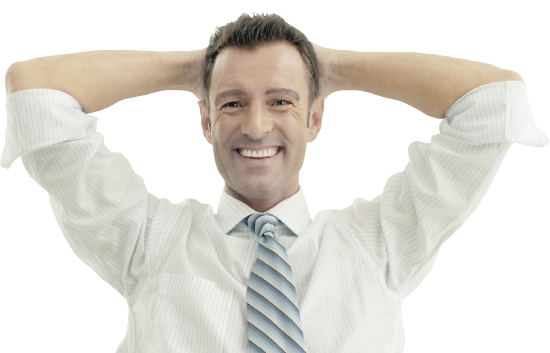